It’s a fact that more teenagers die in motor vehicle crashes than by any other cause in the U.S. The combination of inexperience, misinformation and distractions can create a deadly outcome that no child or parent deserves. Teen Driver Academy was founded to help teens learn the safety practices they need to keep themselves, their friends and their family safe on the road.

When a student comes into our classroom, we tell them, we are here to help you become safe and responsible drivers. The educational materials used come from experience and knowledge as a professional truck driver. The same safety programs learned will work for anyone who has a driver’s license in their possession. That is why Teen Driver Academy is so different from your other Driver Education Courses offered today. Not only do we cover the Tennessee Driver Study Guide, but we also teach students three (3) other safety programs that they will not learn anywhere else. These are safety programs that will help them every time they get behind the wheel and also carry with them for the rest of their lives. If students follow the safety programs they too will become a safe and responsible driver.

However, there is no such thing as a perfect driver. We all make mistakes when we are behind the wheel, but we also learn from our mistakes. When we do make a mistake, we can only hope that it's a minor one. We have been involved with teaching and sharing safety information with truck drivers and other employees for decades. It's a passion. That's why we offer this course, and why we started Teen Driver Academy. Please consider signing up your sons and daughters for this course and ensure they have the opportunity to become safe and responsible drivers. 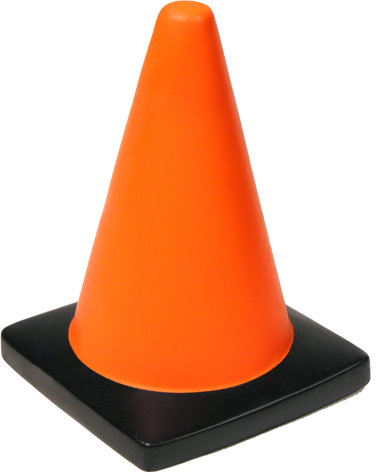 You want to equip your teen to be safe behind-the-wheel. Teen Driver Academy prepares teens beyond what they would learn in a traditional driver’s education classroom, and delivers expert tips from a highly-qualified, professional truck driver.

Your child will learn about driver safety in a fun, multi-media environment that is customized to keep teens engaged. More than anything, you will rest easier, knowing that your teen is prepared to deal with the challenges behind the wheel.

Talk to your insurance carrier, most insurance providers offer premium discounts for students who have successfully graduated from driver’s education.

You want to enjoy your independence, right? What better way to put your parents’ mind at ease, than to learn all the information you need to be a safe, cautious driver? Teen Driver Academy will equip you to be cool, calm and collected on the road. Whether you are going to sports practice, or taking a road trip, we will prepare you to spend many, safe years driving.

We were pleased with Teen Driver Academy. They provided a good service for a reasonable fee and delivered it in a professional manner. Mr. Lawrence conveniently worked around our son’s sports schedule and helped him realize the serious responsibilities associated with being a safe driver. Mr. Lawrence also hammered home the dangers of using cell phones and texting while driving as well as other distractions that most young drivers are oblivious to.

Taking this course has helped give our daughter the knowledge she needs to be a careful and conscientious driver. Megan had a great experience and still talks about things she learned from “Mr. John.”

Teen Driver Academy helped me become a better driver through lots of hands on driving. John’s stories of his experiences as we rode together also made a big impact on me. I would recommend this to anyone who is interested in getting experience on the road, in lots of different situations, before getting their license.

From the success we've had in Jackson, we know that it is virtually impossible for some parents and/or grandparents to make the trip to Jackson. We are receiving calls from the counties of: Carroll, Crockett, Gibson, Haywood, Henderson, McNairy, and Weakley.

Vehicle crashes are the #1 killer of teenage drivers. Most deaths are attributed to inexperience, and driver distractions. To reduce these numbers, we cannot do this alone. If there are any interested individuals or parties, who would like to start Teen Driver Academy in their area, we would like to hear from you. We would take you through the same program we offer to our students here in Jackson. This would be a great opportunity for anyone who wanted to teach this program on a part-time or full-time basis. Call to learn more.

John Lawrence is the owner and operator of Teen Driver Academy. He has been a professional truck driver since 1985 and is a four-time Tennessee State Truck Driving Champion. John has been named Driver of the Year by the Tennessee Trucking Association. He has also served his community as a member of the Jackson-Madison County Traffic Safety Coalition. John has been involved in the area of safety since 1994 and has been certified by the State of Tennessee as a licensed driving instructor. He was recently certified by the State of Tennessee as a third party tester which gives him the opportunity to give road tests to those drivers who are ready to get their driver’s license.

Marvin Nunn is an instructor at Teen Driver Academy. He is a former educator in the Milwaukee, Wisconsin Public School District and the Flint, Michigan Community School District. He has over thirty five combined years as a teacher and administrator. Twenty of those years were spent as a driver education instructor in the Beecher, Davidson, Swartz Creek, and Flint districts. Marvin received his driver education certification from Central Michigan University in 1990. He enjoys working with young people and watching them mature as safe drivers.